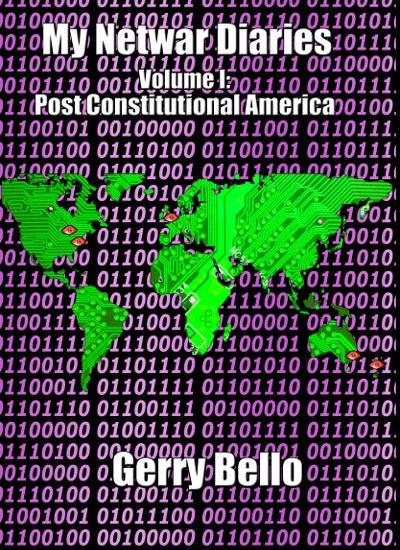 Gerry Bello's look at the events surrounding three ongoing stories as they happened in 2013-2014. At the time he was the online managing editor for the Columbus Free Press (freepress.org and Columbusfreepress.com) a small but old alternative publication in Columbus Ohio. At the same time that Edward Snowden began his revelations, Jeremy Hammond and Barrett Brown were sentenced to prison terms for their hacktivist and journalism respectively. The interrogation of these events lead to conclusions not only about the surveillance state and human rights, but the functionality of constitutional law and a break down of the separation of powers between the three branches of government
ons
Bello viewed and wrote about these events through the lens of Cyberwar and Netwar theory as developed in the early 1990s by David Ronfeldt and John Arquilla at the RAND corporation's National Defense Research Institute, the inventors of Mutually Assured Destruction and other concepts that made the late 20th century such a fun time to be alive.

"Years of study, thought, and quiet theorical development with a few friends placed me exactly where I needed to be. For me Edward Snowden did not reveal, Edward Snowden confirmed."